The case for northern Sweden

We have made a comparison of energy cost between a few relevant European countries. The calculation is based on an annual production of 4000 ton, 350 production days and an average load of 15 MW.  The annual energy cost is illustrated in the graph below.

Hydro power production has century-long roots in the northern parts of Sweden. The State Power Board of Sweden, founded in 1909, was tasked with managing the Swedish state’s investments in hydro power. Decades of improvement and continuous investment has generated one of the most stable electricity grids in the world. Its capacity and redundancy is extremely high, for instance in north Sweden the hydro power produces 16 TWh with 50% surplus per year.

In northern Sweden the plan is to install over 750 land based wind turbines. GE Renewable Energy will during 2018-2019 install 179 large wind turbines within the “Markbygden ETT” wind farm, currently the largest single site land based wind installation to be delivered in Europe. 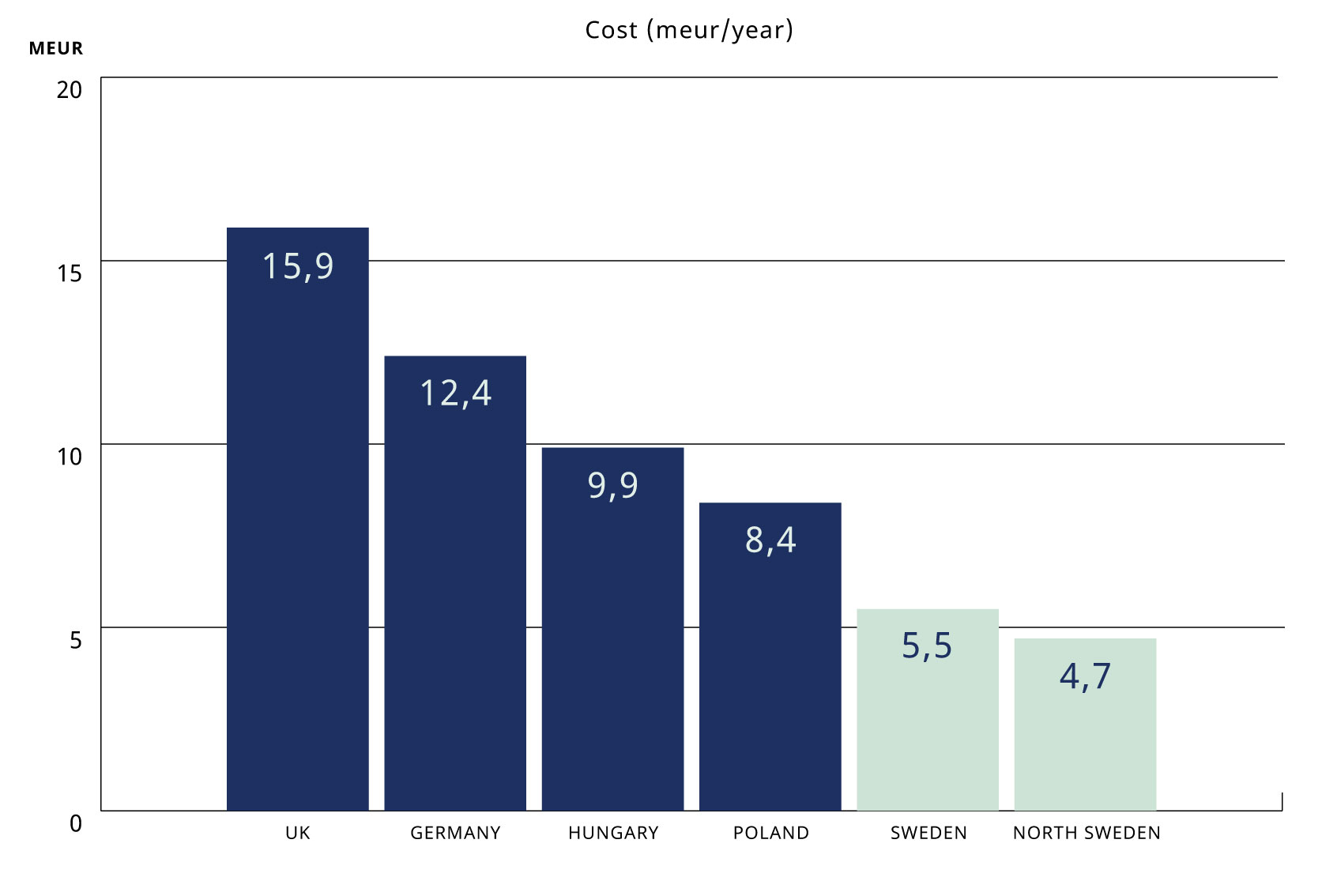 Greenpeace defines renewable energy sources as sun, wind, water, and heat from the earth. By using renewable energy for carbon fiber production it’s possible to lower CO2 emissions and set new industry standards. The energy produced in northern Sweden is 100% renewable due to the use of hydro and wind power.

The graph on the next page shows CO2 emissions per kWh of power generation in different countries and regions. In Norrbotten the majority of electric power is produced at hydro power plants and wind power parks, thus the CO2 emission is extremely low.

We have made a comparison of CO2 emissions between a few relevant European countries. The calculation is based on an annual production of 4000 ton, 350  production days and an average load of 15 MW.  The annual CO2 emissions is
illustrated in the graph below. 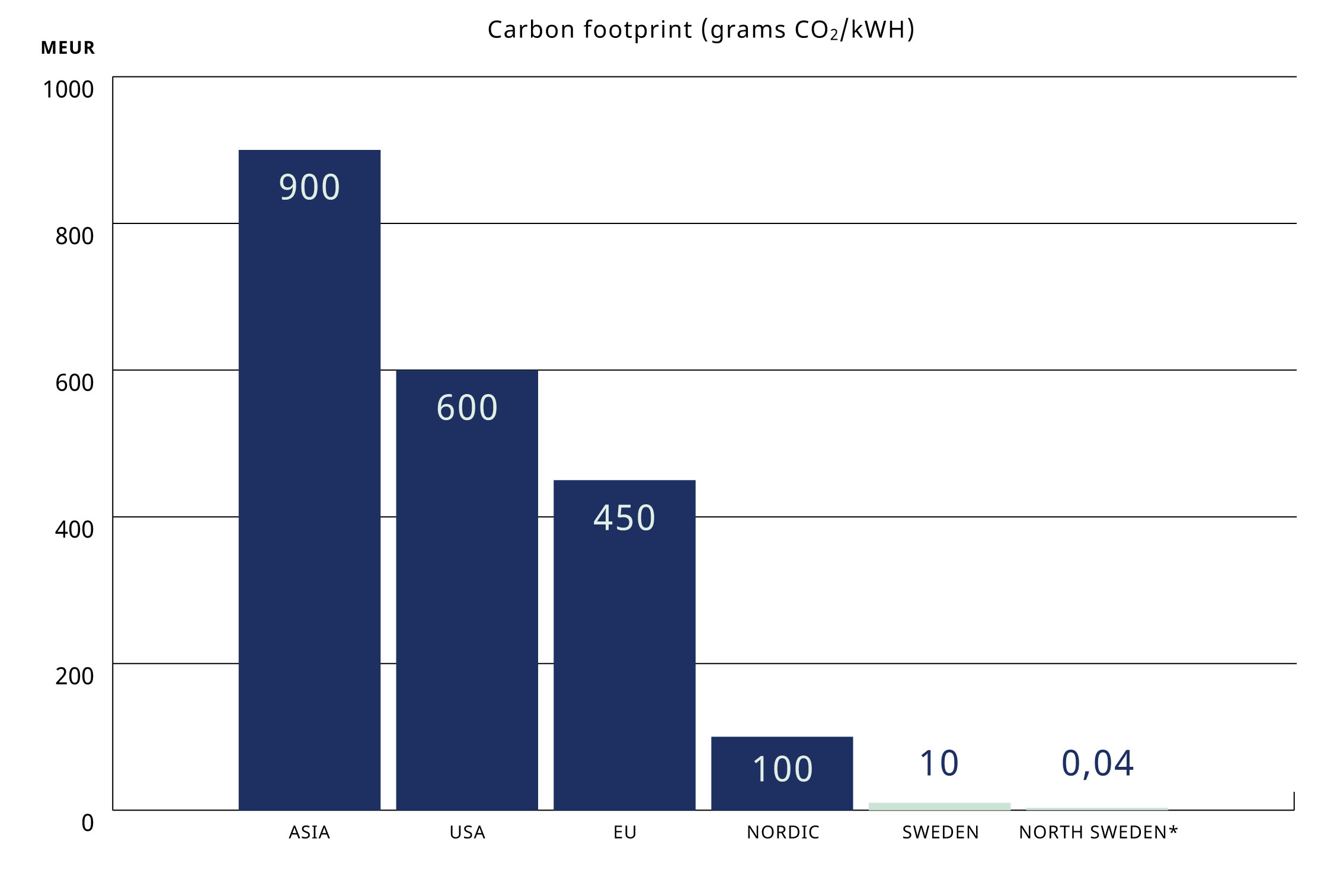 We consider Europe as our home market and the proximity to market as very good. The large process-based industries in our region are very export focused, in 2017 Swedish exports amounted to 530 billon SEK. Customers are situated in Europe, the Middle East, North Africa, the USA and Asia. Given the growing importance as a global supplier, our export sector in Sweden is consequently increasing, this time with 10 % from previous year.

This means that we already have excellent logistic solutions and a work force used to an international business climate.

You are welcomed to a region with more than 100 years of experience of working with establishments in the energy-intense industry. In recent times the region has been committed to be a node in digital infrastructure by harnessing and creating the best conditions to build a leading cloud and data center cluster. In the wake of this work, the region has gradually expanded this aim to include all types of energyintense industry. 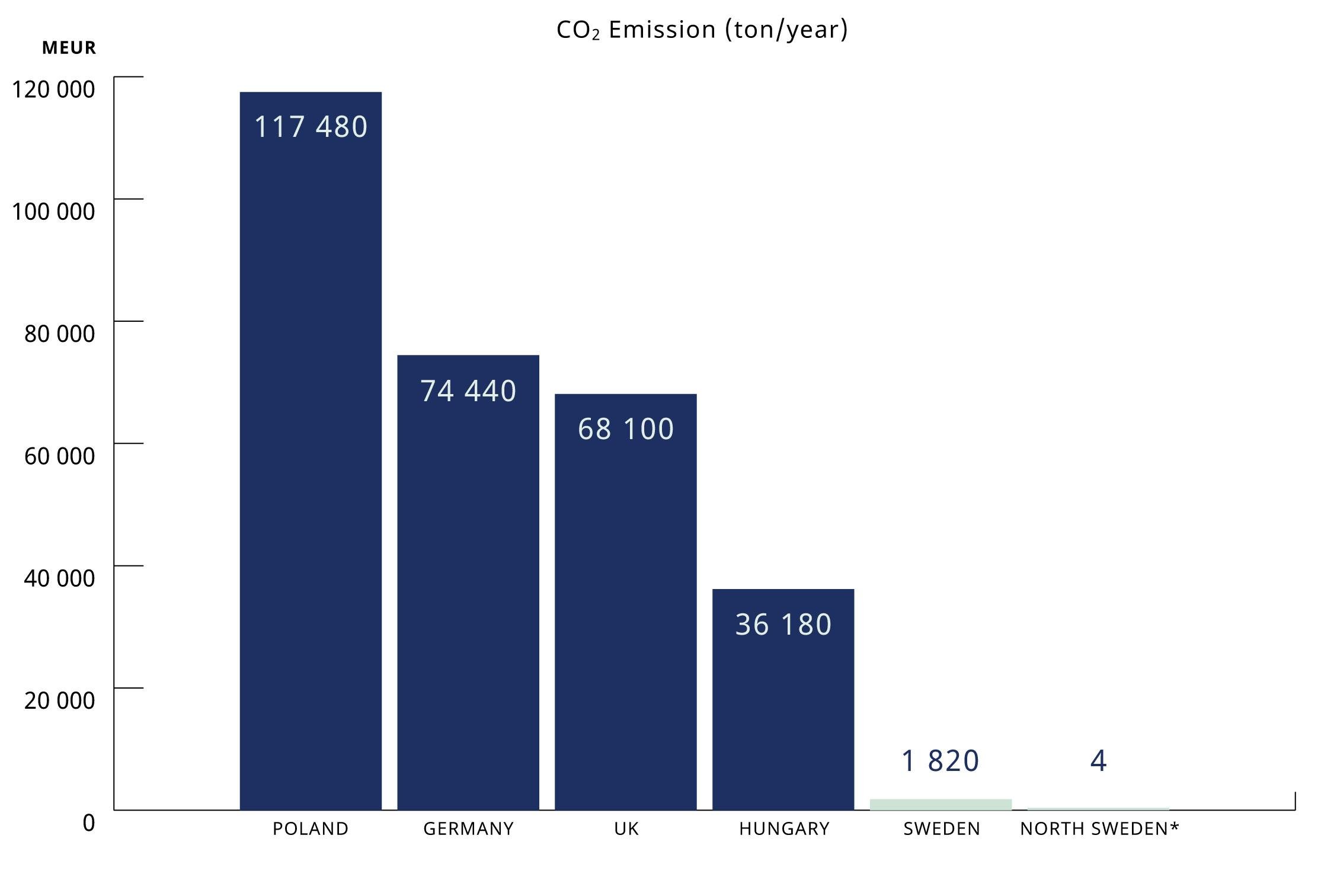